skip to main | skip to sidebar

The "Joey Boat" is Still On Duty 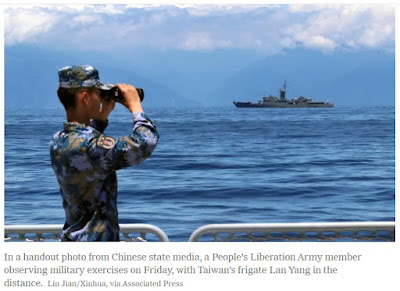 I've mentioned her here and showed a photo of her during a port visit to Barcelona in the 1970s here.

The Taiwanese have heavily modified the Knox-class ships that they received. I have no doubt that they've probably rearranged some of the internal spaces. Long-term crew habitability might have been sacrificed, for it's not as though any of the ROCN ships make six-month deployments. But I'll bet that I could still find my way around one.
Posted by Comrade Misfit at 06:51

Try sending it to stinsongal at gmail dahht com. I really do promise to check every fortnight or so for new emails.

(No, I am not kidding about this.)

Comrade Misfit
C'mon. Do you really give a shit? Just read the damned blog(s) and make up your own mind about me.